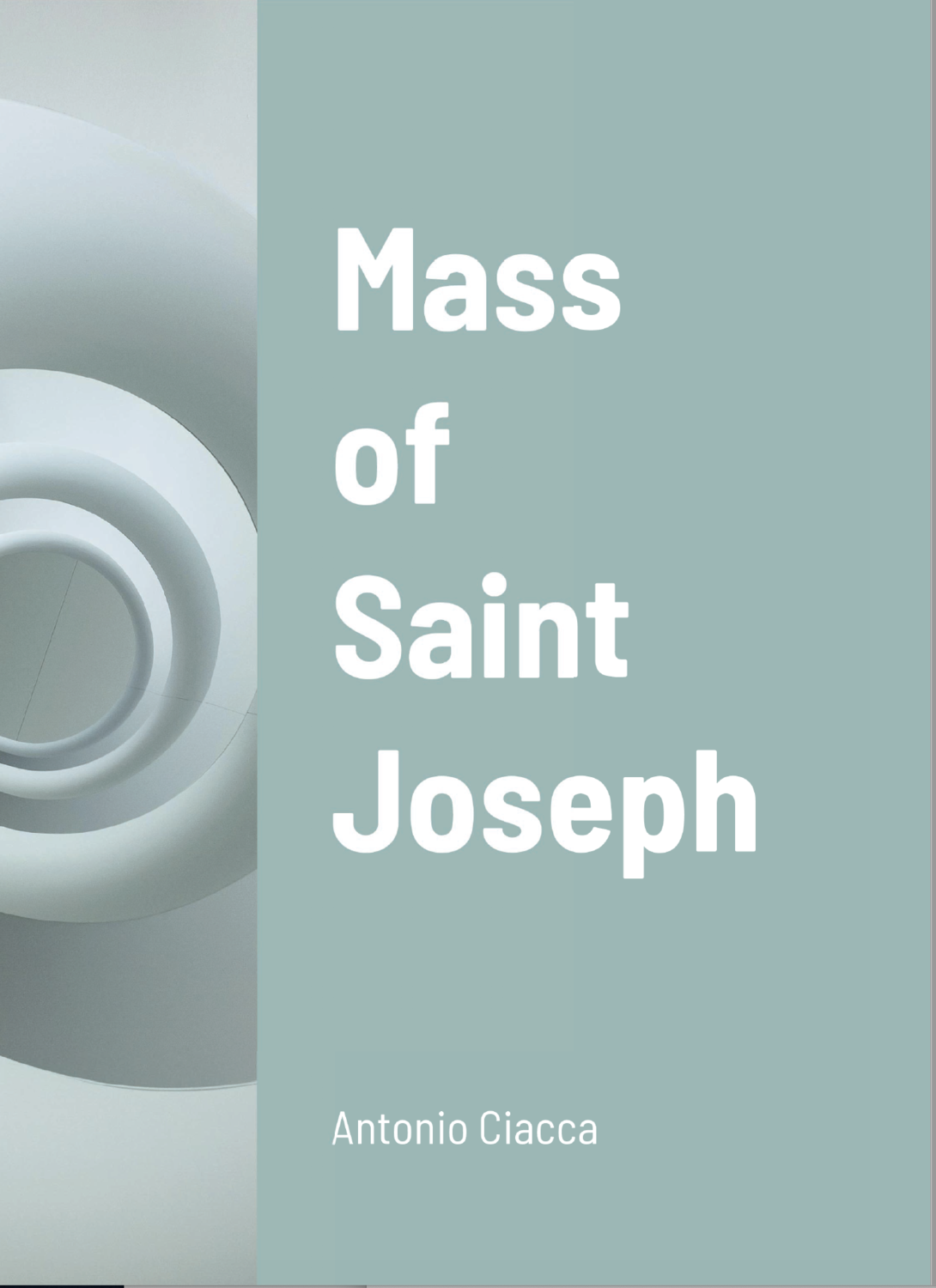 The Mass of Saint Joseph is composed by Antonio Ciacca to be sung during the service by a choir or a single voice. It contains the Ordinary Parts of the Roman Catholic Liturgy. This Mass was composed in memory of Monsignor John Ruvo from the St. Joseph Church in New Rochelle, NY.

Biographical Notes: Antonio Ciacca's work features elements from his roots - classical and jazz - with religious music form Gregorian chants to African American gospel. His compositions for jazz big band, orchestras, movie soundtracks, ballet, chamber ensembles and solo piano have been performed worldwide, including Carnegie Hall, Lincoln Center, Kennedy Center, Teatro Regio of Parma and Vatican Hall. He has been active as a Catholic church organist since he was 7 years old and has composed several settings of Masses in Italian, Spanish, and English. His sacred works catalog includes Stabat Mater, Ave Maria, Chorales and a Requiem for orchestra, soli and choir. Ciacca studied advanced composition with Conrad Cummings and orchestral conducting with Mark Shapiro at Julliard School in New York City. Currently he is a doctorate candidate at Stony Brook University and holds a master’s degree at City College of New York as well as a bachelor’s degree at the Bologna Conservatory in Italy. www.antoniociacca.com. Table of Content: "Lord Have Mercy", "Gloria", "Holy", "Doxology", "Lamb of God".

Save this product for later
Display prices in: USD